Having lived most of my life in Brazil, my only outstanding Halloween memory is from 1974, during my time at boarding school in Massachusetts. I had arrived at the school the previous year as an 8th grader and, since they didn’t have an 8th grade, they created one with three students. And since they didn’t have a dorm, they also created one out of an abandoned mansion being restored, a mile away on a dirt road, lined by thick trees that cast eerie shadows.

The House was empty except for a few ladders spread around the half-painted empty rooms. We never saw anyone working. The Mount, as it was called, had belonged to Edith Wharton, the Pulitzer-prize winning American novelist. We were living in literature history, but to us it was a haunted mansion. With only four of us, three students and our housemother, any small noise—along with the echo from those empty rooms—got upgraded to ghosts. It was hard to sleep.

The following year, being freshmen, we were moved to the next most isolated dorm, or house. The all-girl school was small, 31 students in all. It was a school for those exemplary girls who weren’t accepted at those other exemplary schools. We were nine freshmen divided between four large rooms of the dorm’s second floor, while our dorm parents lived on the first floor.

A week before Halloween, a rumor began spreading about a massacre that had occurred the year before at a girl’s school nearby on Halloween night. The rumor began slow and gained strength. At the morning assembly of the 31st, we were told by one of the teachers that the police had sent out warnings to all the schools in the area to keep alert.

My bed was positioned in the corner of the room, between two large glass windows. My roommate’s was on the other end of the room, also between two glass windows.  A half wall, where we had had our dressers, blocked our vision of each other.  After lights out, we couldn’t sleep. The year spent in The Mount had left us scarred. This new dorm didn’t give us the sensation of being protected at all, as again we were far from anyone. With every noise we heard came the expected, “Did you hear that?”

Just before midnight, we finally fell asleep… only to be woken up ten minutes later with loud whispers, the sound of crunching branches and stones hitting our windows. I called out to my roommate, who also woke up startled. She reacted by sitting up to look out the window and announced there were several hooded men outside. I yelled for her to get down and out of the bed while I rolled onto the floor and began crawling toward the separating wall. My roommate did the same.

We crawled out of the room with the stones still hitting the windows, and when we reached the hall we found everyone else on all fours, some crying others just paralyzed with fear. Then the fire alarm went off and our dorm father, who we already thought freaky because he had a glass eye, ran out of his apartment telling us we had to leave the building.

We ran down but refused to go out, screaming that there were hooded men outside. He ignored us and shoved us out the door, yelling about a fire.  As soon as we were out the door, hooded figures rushed at us and grabbed us up. A few of us got dragged a short ways. My heart almost stopped and my head started spinning as I tried to free myself from two. The screams were so loud they could be heard in the next county. This torture lasted about five, very long, minutes, until finally the hooded figures, the upper graders, took off their hoods to enjoy the result.

The prank had been pulled off with military precision, thanks to our science teacher. We freshmen didn’t live that down for months. Nor did we ever feel safe again in that dorm with those large windows. From then on, my roommate and I kept our hockey sticks by our beds. 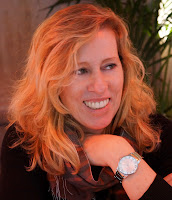 Eleanor T Beaty was born in Brazil. She grew up in several places, Argentina, Switzerland, US, and Brazil. She has published in Brazil and Turkey. She has a BA in English literature and currently lives in Brazil with her husband. Check out Veiled Mist on Amazon.
Note by the author: I love spirituality and magic. The first is what helped me get a grip on my life, and the second, along with the first, is what keeps me enjoying life. All my books hold those two themes. Spirits, afterlife and the amazing coincidences, which are anything but. I believe that everything has a reason and understanding those reasons help us deal with the difficult moments.


I enjoy getting feedback from readers. www.eleanortbeaty.com 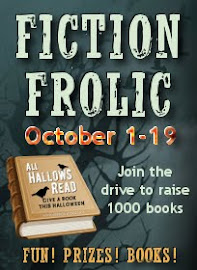 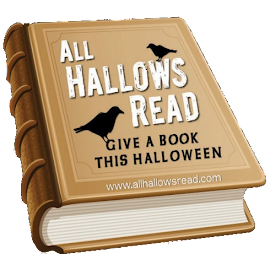